The Day of Small Things 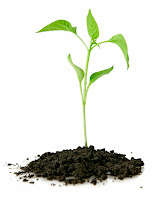 After the Jews had been in Babylonian exile for seventy years, and they returned to Jerusalem, they needed to rebuild a new temple, because Solomon's temple had been destroyed by the enemy. Though the beginnings of the new temple seemed so small in comparison to the beautiful temple Solomon had built, God had greater things in store for them.

And on an individual basis, the same is true. Obadiah wrote down what God gave him, and it became a book of the Bible. Since it was only one chapter, he could feel inferior and wish he was like one of the other prophets that God used in a much greater way. He could look at Isaiah whose prophetic book is a very lengthy sixty-six chapters. Or he could look at Ezekiel, whose book is forty-eight chapters long. He could wonder why the Lord only used him to write that short passage. Yet now it is part of the Bible, and we are blessed by what he wrote about the day of the Lord.

Likewise, Jonah only wrote four chapters. He had that one time when God used him mightily to save those who were headed for destruction. He preached to the perishing people of Nineveh and they repented, from the king on down to the least of them, therefore God changed His mind and decided not to destroy them as He had planned. He had mercy and spared them, because they humbled themselves and repented. Afterward, Jonah could wonder why he was not used in a greater way. He could look back upon that time as a real high point in his ministry and wonder why there were not more opportunities to do great exploits for God like that. Yet those four chapters became part of Scripture and every time we read them we are blessed over and over by what God inspired him to write.

Then there is Jude, who wrote that short epistle. He could feel as though he was inferior compared to the apostle Paul, who wrote so prolifically, and whose epistles now comprise about half of the New Testament. Yet just think how many people over the past two thousand years have been blessed by the inspired words of Jude's epistle.

Each one did what God gave them to do, and did not despise the day of small things. They were content to be used to the extent that God chose to do so. And I'm sure that once they reached glory, they discovered the marvelous way the Lord used them and continues to use them. They must have been humbled and awed when they realized what the Lord did with their little lives.

For most of us, we will not find out until we reach the kingdom of heaven all that God has done through our lives, and the people He has touched through us. It's best that we don't know now, lest we become proud and think we have done something great for God.

What about the person who led Sid Roth to Christ? I am told he is a humble man, yet look at what the Lord is doing through our brother Sid, reaching Jews and Gentiles for Christ around the world with the gospel and the demonstration of the Spirit.

So when we look at the way God is using us, and we feel it is insignificant, let's remember not to despise the day of small things. Let's do it as unto the Lord and for His glory. Let's be content to leave the results with God. And let's keep in mind that He uses the weak things and the things that are not to shame the strong and the mighty.

Attribution notice: Most Scripture quotations taken from the NASB. Image may be subject to copyright.

Author's note: Faithful in the Little Things, God's Way to Greatness, God Chooses the Weak Things, What is That in Your Hand?, Multiplying Your Talents, The Ebb and Flow of Ministry for the Lord, Whatever You Do, Do All Like This, The Servant of the Lord, The Kingdom of God is Like This, Multiplication, Multiplication Illustrations, Being a Witness for Christ, Fruit in Every Season, Better a Little, Hidden Treasures, The Beauty of Brokenness, One thing, A Personality Profile of the Apostle Paul, The Secret Kingdom, and Success in God's Eyes. You can also find my complete collection of blogs at Writing for the Master.

Len Lacroix is the founder of Doulos Missions International.  He was based in Eastern Europe for four years, making disciples, as well as helping leaders to be more effective at making disciples who multiply, developing leaders who multiply, with the ultimate goal of planting churches that multiply. His ministry is now based in the United States with the same goal of helping fulfill the Great Commission. www.dmiworld.org.
Posted by Len at 8:29 PM